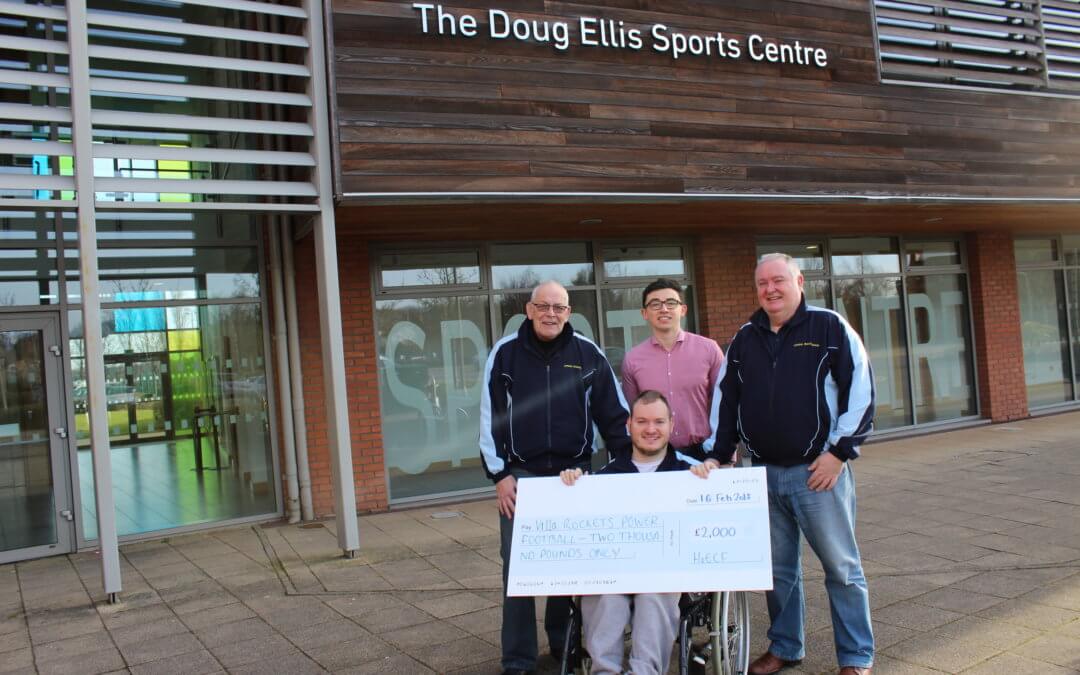 A powerchair football club in Birmingham, previously having to turn children away due to a lack of resources, has been able to expand its membership thanks to a funding boost.

Villa Rockets Powerchair Football Club has received £2,000 from Heart of England Community Foundation to partly fund a new chair and help cover the hire of its training base at Doug Ellis Sport Centre.

It is open to those aged 10 and above and runs a number of training sessions each week suitable for varying abilities and also competes in regional and national disabled powerchair football league games.

Due to Villa Rockets having a limited amount of club chairs, each costing £4,000, the club has had issues catering to the demand.

But funding has covered half of the costs of a new chair to enable more young people to join the club.

The grant has also helped set up a new development session, allowing beginners to try the sport and expand their skills.

Clive Morley, of Villa Rockets Powerchair Football Club, said: “Powerchair football is becoming more and more popular, and just last year we were having to turn young people away because we couldn’t accommodate them.

“We cater for youngsters to young adults and as well as holding regular training sessions, we play in various powerchair leagues, giving people the opportunity to progress as they develop their skills.

“Some young people have their own chairs, but at £4,000 they are very expensive, so having a core of club chairs means that people can try the game out without having to buy their own.

“We are a small club, so the funding from the Foundation has had a big impact. It has taken a barrier away from us as just one extra chair means that we have the capacity to take on extra young people.

“The funding to cover our hall hire also means we are able to host an additional regular training session.

“We are currently in the process of forming a second league team and will be holding various taster sessions to get even more young people interested in the sport.”

Tina Costello, CEO of the Foundation, said: “Villa Rockets Powerchair Football Club is an excellent example of a community sports organisation which is enabling more young people to play sports.

“It is wonderful that the club is now able expand and to reach out to even more people looking to take part in powerchair football.”