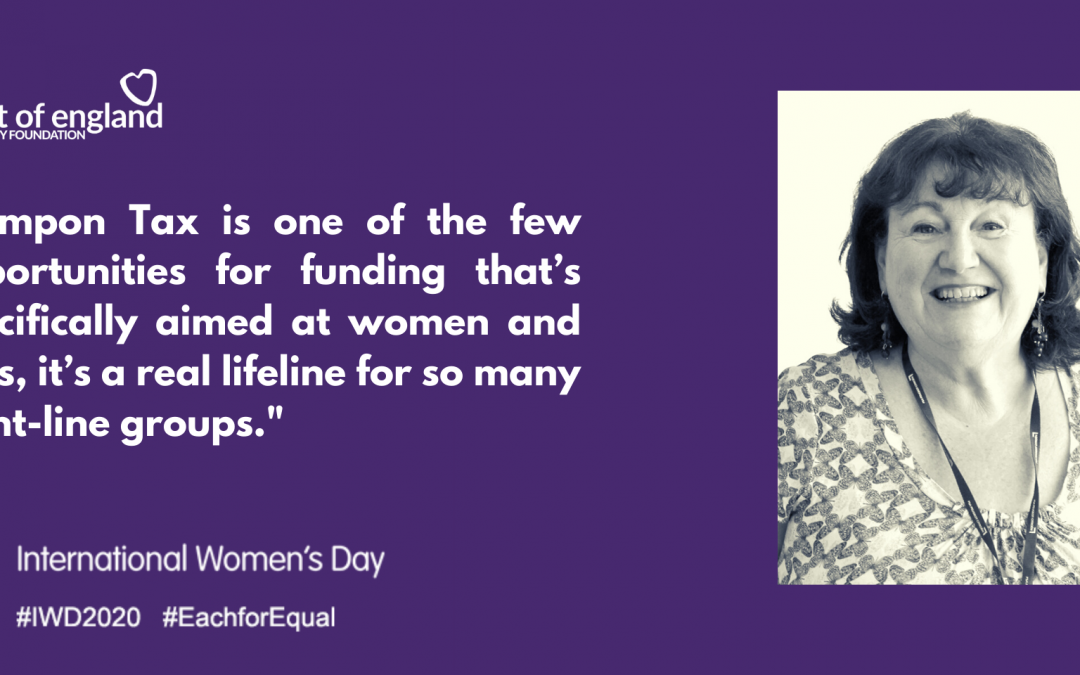 As part of International Women’s Day one of our Grants Officers, Liz Daw, spoke with UKCF about working on the Tampon Tax Community Fund. Liz is the Foundation’s lead Grants Officer for the fund and takes great pride in supporting women and girls in the West Midlands.

It’s so rewarding working closely with groups. Tampon Tax is one of the few opportunities for funding that’s specifically aimed at women and girls, it’s a real lifeline for so many front-line groups.

I’ve been active in womens’ groups since my late teens. Although there have been incredible steps forward, true equality still eludes us in so many spheres, being a part of funding these vital services makes me feel as if I’m still carrying the torch and fighting for our basic rights.

Anawim are a great group working with some of the most marginalised women in Birmingham, those being sexually exploited, homeless, experiencing DV and going through the CJ system. They give them a voice, non-judgemental support and help to rebuild lives that have been totally shattered.

Unfortunately, it’s still a truism that any discrimination falls and impacts more heavily on women. Additionally, girls and women are under far more pressure now because of social media to act and look a certain, mostly unobtainable way. This is helping to fuel a near epidemic in poor mental health, leading to vulnerability, lack of self-esteem and a feeling of powerlessness amongst young women. The need just grows greater.

I only wish I had an idea to combat the oversubscription we’ve had for this fund! We should encourage more sharing of services, improve networking to cut costs and promote best practice across the sector.