Can you help this winter? 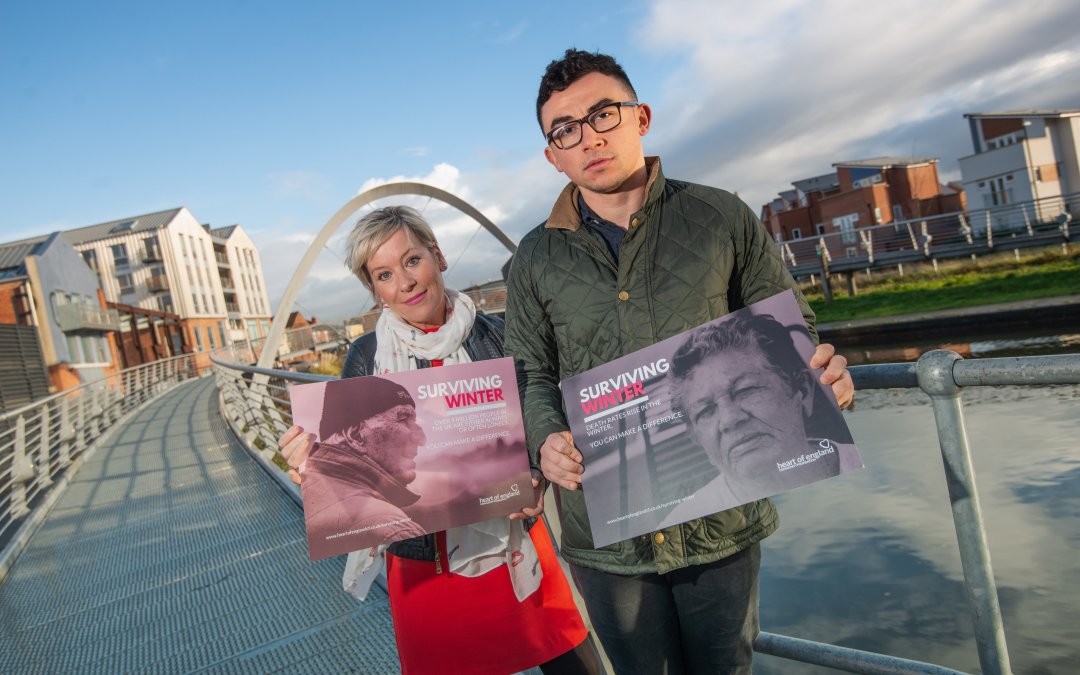 A major campaign which will support some of the most vulnerable people across the West Midlands during the winter months has been launched.

The Foundation has begun its 2018 Surviving Winter appeal to provide much-needed support to those affected by isolation, homelessness and food poverty during the winter.

As a specialist grant-making organisation the Foundation is asking businesses, individuals and organisations to promote or make a donation to the campaign.

It is also encouraging people in stronger financial positions to donate all or part of their Winter Fuel Allowance, as well as organise fundraising events to support the appeal.

The annual campaign was first launched by the Foundation in 2011 and last year supported more than 400 people.

Tina Costello, CEO of the Heart of England Community Foundation, said: “Our Surviving Winter appeal has supported thousands of individuals across the area during one of the hardest times of the year.

“Recent figures show that more than nine million people in the UK are either always or often lonely, more than one homeless person dies every day and in 2018 food bank use has reached its highest rate on record.

“These statistics demonstrate how vital the Surviving Winter appeal is, funding grassroots community projects which tackle social issues right across the West Midlands.

“There are a number of ways people can support this year’s campaign including making a donation or holding fundraising events.

“The appeal has received a huge amount of support over the years and we hope that this year’s will be just as successful.”

To make a donation or support the campaign please click here.