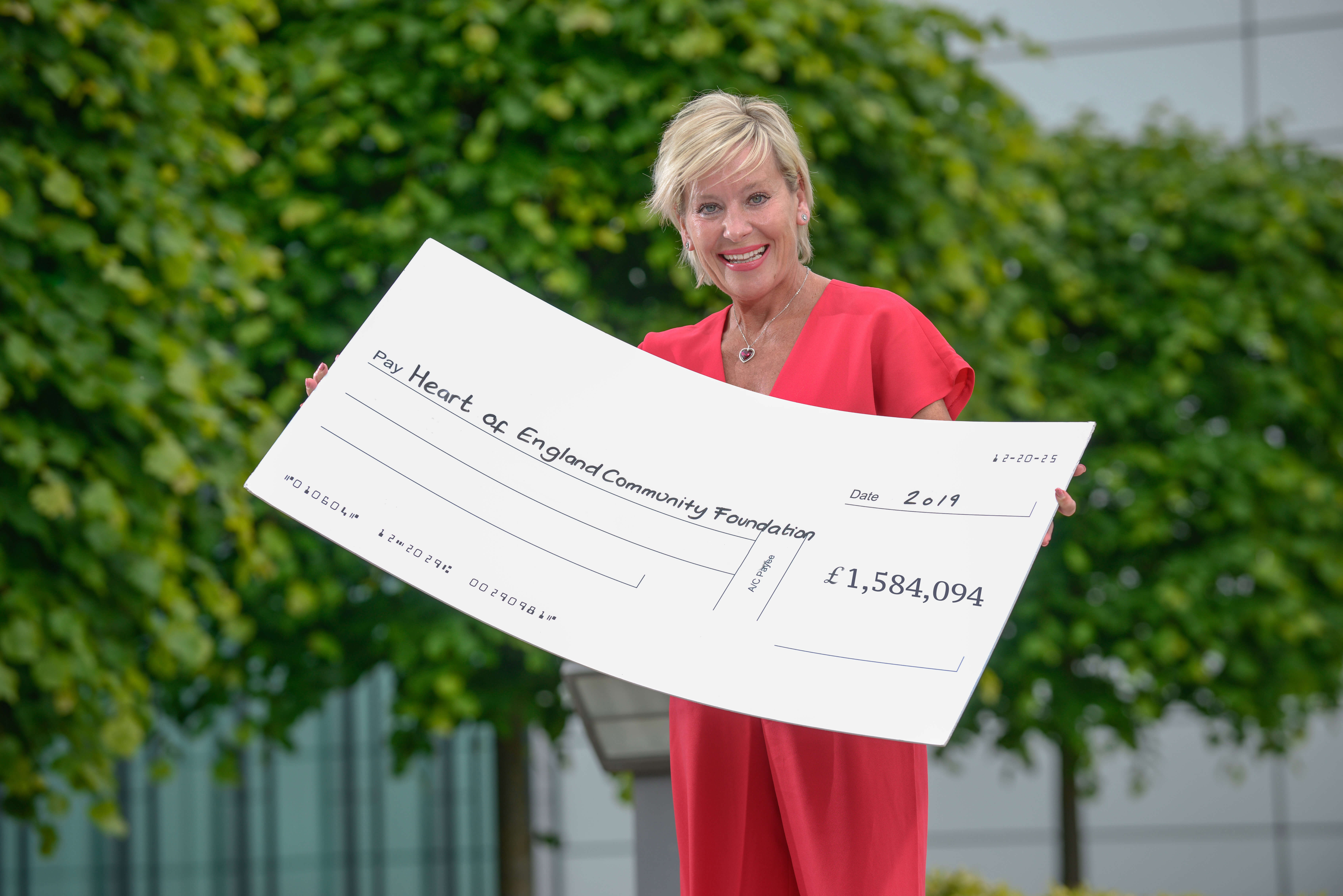 The Foundation were stunned by the further generosity of an anonymous donor after we received a gift of £1,584.094.

The donor has been so impressed with how their original donation of £4 million has been used they decided to gift us with an unrestricted donation!

The total amount, of over £7 million, makes it by far the largest donation in the charity’s 24-year history.

Tina Costello, Foundation CEO, explained that the new donation is unrestricted which means the foundation will have control over where this funding will be distributed, rather than being led by its donors.

“When I was told the amount of money we’d be receiving, I had to pull my car over – I was just overwhelmed.

“This incredible amount of money will allow us to develop our own grant-giving programmes for the first time.  The majority of our grant programmes are donor led which is great, because it means our donors have a strong say and personal involvement in who benefits from their money.

“However, this wonderfully generous anonymous donor has given us the freedom to develop and implement our own grant programmes, based on evidence of need across our region.

“The anonymous donor has been instrumental in changing the landscape and direction of the charity and has enabled us to grow and develop in the way we support our communities”.

“This money is allowing us to move in a new direction and I’m looking forward to getting started.”

The original £4 million anonymous donation has been used to set up the ‘Building Better Lives’ initiative.

The scheme will be used to support up to three projects across the West Midlands Region that have a successful track record and expertise in delivering capital projects and support for vulnerable and disadvantaged people.

“I have to say a massive thank you to the donor for continuing to support us – it shows an incredible amount of faith in what we do and I couldn’t be prouder.

“The Building Better Lives initiative was made possible thanks to their money, and we hope to distribute the money to projects in the next few months.

“But I still couldn’t believe how large their recent donation was. We can’t wait to use the money to transform people’s lives.”