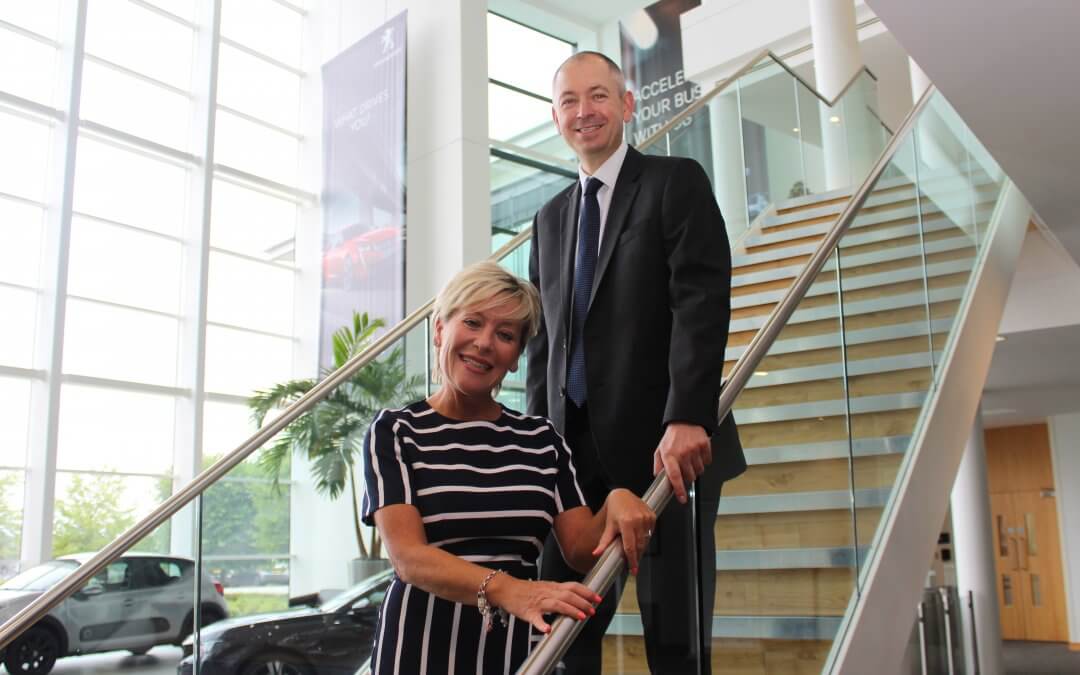 The Foundation will continue to grow thanks to the support of a leading car manufacturer.

Groupe PSA, which owns the Peugeot, Citroen, DS and, more recently, Vauxhall vehicle brands, has welcomed the Heart of England Community Foundation back into its office at Pinley House in Coventry.

Groupe PSA has had a relationship with the Foundation since its’ inception in 1995, when the MD of Peugeot at the time, Richard Pareham, was also the Vice-Chair of Trustees for the Foundation.  Richard suggested meeting at Peugeot’s offices, and the company subsequently offered the Foundation some office space to allow it to start up.

“Groupe PSA has supported us for a very long time, on average they save us around £55,000 a year in operating costs, this means we can channel even more funds into local communities.

“They were the first major donor to our endowments and their investment currently stands at over £360,000. We distribute the income to voluntary and community groups across Coventry and Warwickshire.

“Without PSA’s continued support, the Foundation wouldn’t have grown to where we are today. And our move into Pinley House will only allow us to flourish even further.”

“The work the Heart of England Community Foundation does on a daily basis to support charities in Coventry, Warwickshire and the wider West Midlands is so important.

“Smaller charities who might go under the radar can be supported by larger companies thanks to the Foundation’s knowledge and expertise.

“We have supported them for more than twenty years, so it was only fitting that we continued our support by welcoming the Foundation to move into Pinley House with us.”