The best birthday BBQ ever! 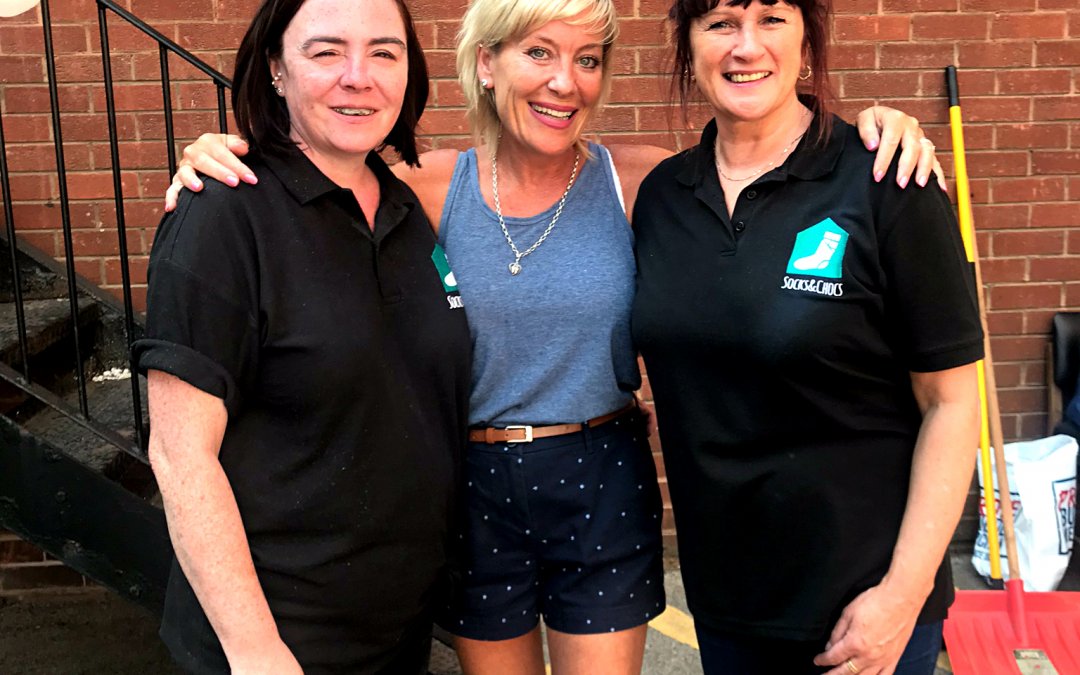 As Chief Executive of the Heart of England Community Foundation it’s important for me to see the impact of the work we do and meet some of the fabulous local organisations we support.

And that opportunity certainly arose when I was asked to volunteer at the Birthday BBQ for the homeless across Birmingham on a sunny Saturday in July.

I was introduced to one of the main organisers, Tony, through Jess at Wesleyan Assurance.  We awarded a donation of £3000 through the Wesleyan Foundation but Tony wanted more than just money!  His passion, drive and energy was infectious, and I simply couldn’t say no even though I’d never flipped a burger in my life!

I arrived at St Anne’s, the church my parents married in, and was met by the loveliest bunch of people and I knew I was in for a fantastic day.  Behind the scenes the food was being cooked, the birthday goody bags being prepared, the hairdressers, nail technicians and chiropodists all getting ready for the queue of people that were already gathering.

I was partnered with Joe, a lovely man but a man who liked to be in control of his BBQ, so I offered to be his runner and do anything I could to help!   Hundreds of sausages and burgers were on the go and my job was to run the cooked food to the servers, I loved it!!  But after an hour he relented and let me flip a few burgers, but he was far more skilled than me!

The band started up, the ice cream van arrived, the food was a plentiful and I don’t know where it came from, but I was overcome with emotion, instead of my usual shopping on a Saturday I was doing something truly worthwhile and I was having a fantastic day.

One older gentleman will stay in my memory for a long time, he knew all the words to the songs the band were playing and even though he had poor mobility he danced and sang for hours!  How often do these people get to be in a safe environment and have fun!

I asked Tony why it was called a Birthday BBQ and he simply replied ‘because homeless people don’t celebrate their birthdays, so this is a birthday party of everyone.’

Volunteers are truly unsung heroes, giving time is as important as giving money and it made me want to do more so I’ve signed up for their Christmas party!

I can’t thank the Wesleyan Foundation enough, we catered for over 238 people at the BBQ and that wouldn’t have been possible without their support.

Partnering with Wesleyan Assurance enables us to deliver significant funding across the West Midlands and other parts of the UK, making a huge difference at a local level.

If you're currently applying to: CSW Fund, Coventry Building Society Small Grants, Alan Higgs Community Grants, Community Energy Warwickshire Fund, please ensure to complete applications by Friday 20th May as we will be moving them over to our new application portal on 23rd May