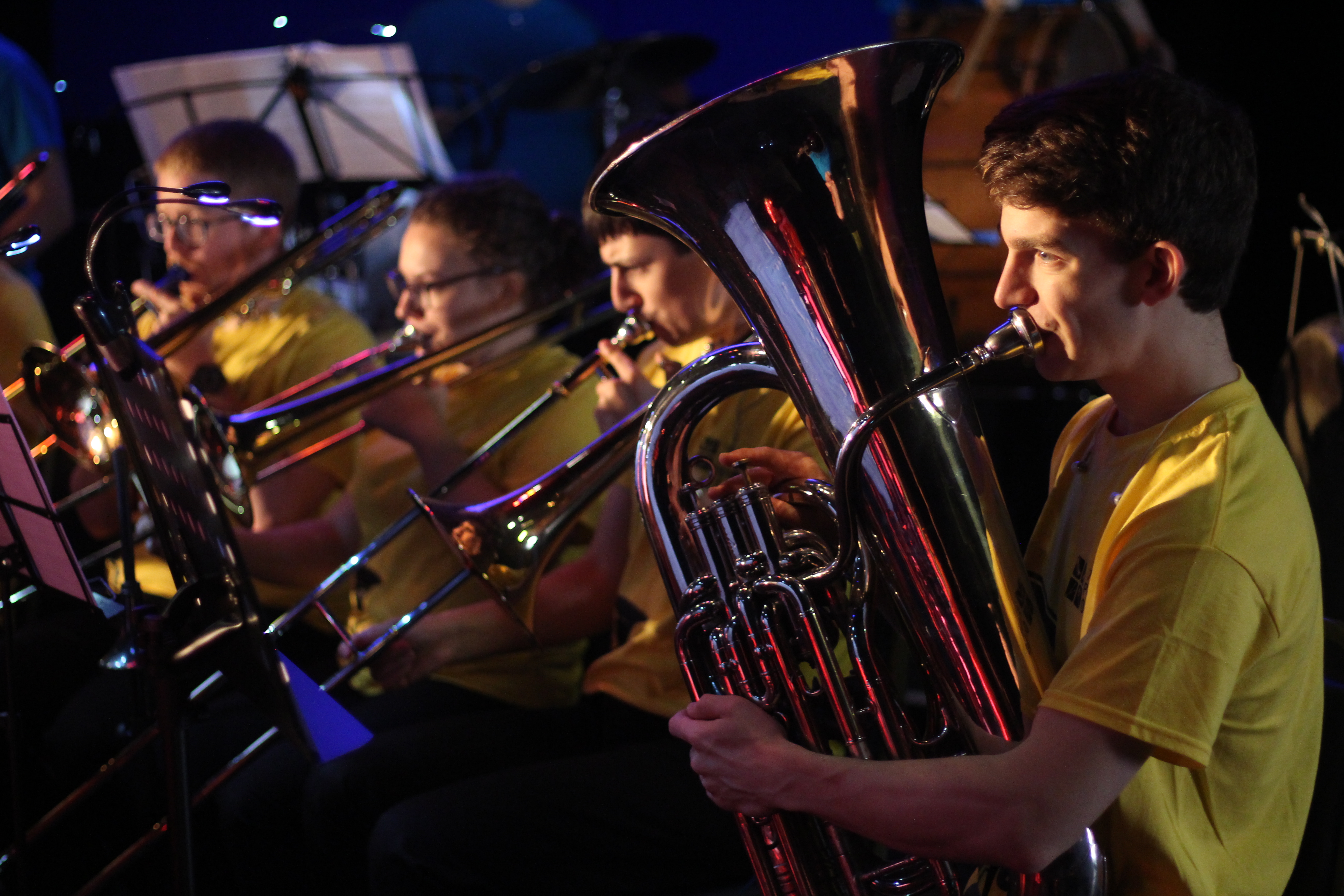 The People’s Orchestra, an organisation funded by the Foundation throughout the pandemic, has been honoured with The Queen’s Award for Voluntary Service, in recognition for its work with volunteers and its highly successful work placement programme.

The Queen’s Award for Voluntary Service (QAVS) is the highest award a voluntary group can receive in the UK, being equivalent to the MBE, and this prestigious award recognises exceptional work done by volunteer groups in their communities.

Volunteers at The People’s Orchestra assist with the day-to-day running of the Sandwell-based arts charity, which supports the main orchestra, an intermediate level orchestra and a network of show choirs. Called TPO Bridge, this volunteer employability and skills development programme enables individuals to gain valuable work experience and to date the charity has helped over 1,000 people, demonstrating the power and social impact of arts and music in the community. The award comes as The People’s Orchestra is going through a major period of growth supporting 58 young people into a career in the creative arts sector as part of the Government’s Kickstart scheme.

With an overriding vision to share the fun of music making and keep people playing and singing music, The People’s Orchestra attracts audiences of all ages and backgrounds, in settings ranging from local care homes to international exchange programmes with other orchestras. Its accessible and positive ethos aims to break down the barriers to engagement with classical music and to inspire, educate and provoke positive change. Performances celebrate the music that features in everyday lives including film, game, popular classical music, TV and show music, alongside premieres and newly commissioned works.

During the coronavirus pandemic, the charity moved its music making activities online with the help of a £14,500 grant from the Foundation’s Doing Things Differently Fund. One of the charities’ key projects was creating a series of ‘Sing Together’ interactive workshops. These free singalong workshops have been bringing music into care homes and residential homes nationally, and they focus on the health and wellbeing benefits of singing. Work is also underway on a massed digital performance of a new work by the film composer John Koutselinis, which will feature musicians and singers from across the Commonwealth and be premiered next year as part of the charity’s celebration of the Commonwealth in 2022.

“We are delighted and honoured to be awarded The Queen’s Award for Voluntary Services in recognition of the hard work and commitment of our wonderful volunteers. It’s brilliant that our music making has the power to help people and make a difference to their lives. Through TPO Bridge, we offer back-to-work support to local volunteers and this work experience helps instil confidence, self-esteem, and leadership, giving each person the very best chance to develop the skills and confidence they need to secure a job or go on to further education.”

“We’re so pleased to have been able to support The People’s Orchestra on numerous occasions, especially during this disruptive year. We’d like to congratulate them for this well-deserved award, it’s fantastic to see the charity being recognised for their incredible work with volunteers.”

The People’s Orchestra would like to thank all of their funders including the Heart of England Community Foundation, Arts Council England, The National Lottery, Henry Smith Foundation, Garfield Weston, Trusthouse Charitable Foundation, and Local Giving for their continued support and encouragement.