I’ve fallen in love with it. 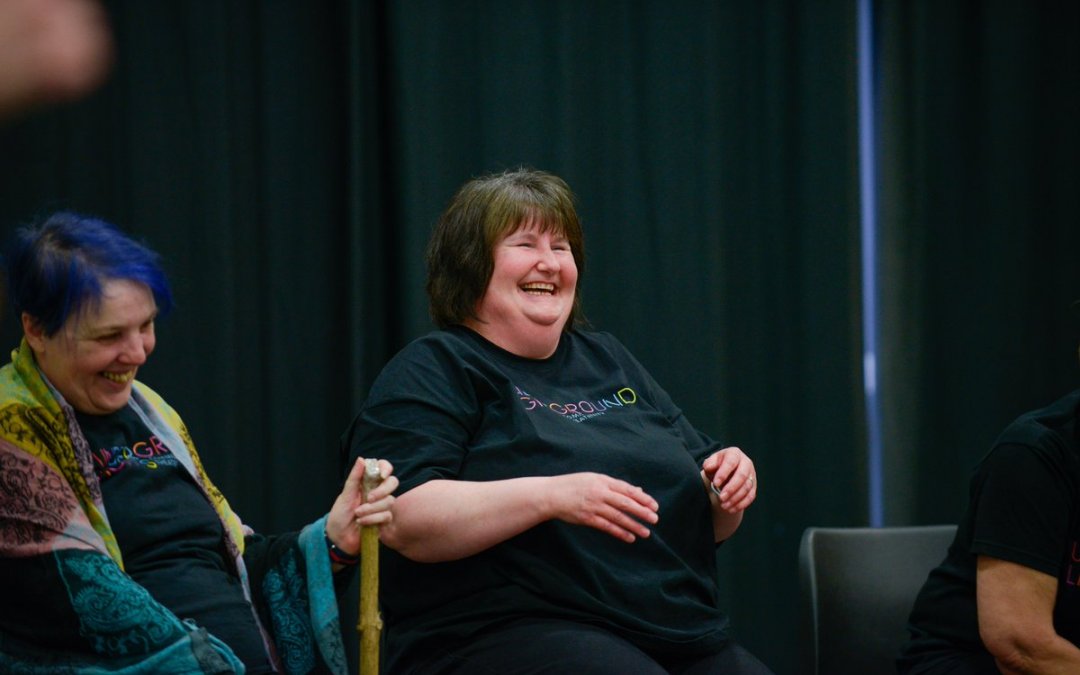 In March the Foundation had the honour of attending Underground Lights’ first public performance.

After receiving a grant of £1,933 they launched their pilot project allowing 10, 2 – hour drama sessions which culminated in a live performance, ‘Werewolf’.

One of the performers, Debbie, found the project through another organisation, Mind:

“I was quite depressed, quite lonely. I had some friends at the allotment with Mind, that’s where I met Tracy, who’s a volunteer here at Underground Lights. She introduced me but my confidence was very low.

“I thought, I’m going to go for it, because I need something to build my confidence up. It was scary, it was very scary, but I thought I’m going to give it a go!”

Bullied at school Debbie felt like she couldn’t perform in her teenage years, something she’s now relishing:

“I’m 52 now and I can’t believe I’ve acted in a play! On performance day my nerves went out the window, they disappeared! I loved it and I think I could do it all over again, double the audience!

“People in the group were really supportive. I’ve made friends in the process, everyone in the group is my friend and that’s amazing.”

It’s been a steep learning curve for Debbie but she’s looking at progressing even further:

“Emma and Lewis (Project Leaders) have really helped me climb the ladder. My part in the play just grew and grew and I was thinking ‘I’m loving this!’

“It’s been a slow process, but I’ve got there in the end and I can’t believe it. I’ve learned an awful lot in the last 11 weeks.

Underground Light’s long term ambitions is to be run by adults experiencing social disadvantages and Debbie has brought that ambition a step closer by committing to volunteering for future projects.