If we hadn’t got this, we wouldn’t be here today. 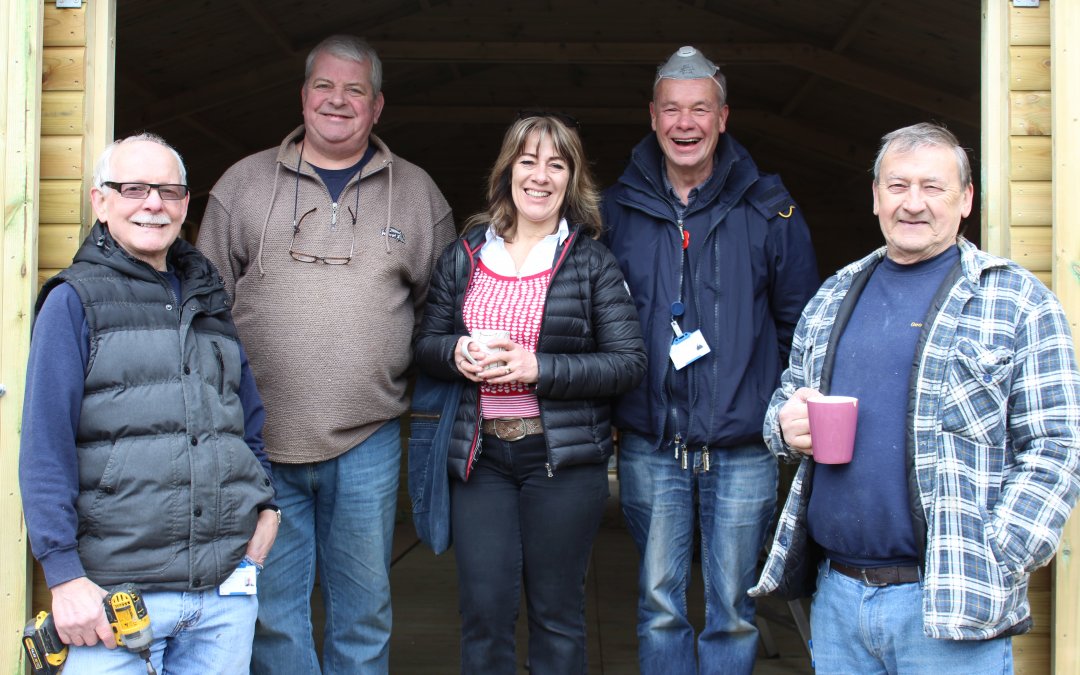 Men in Sheds tackles loneliness and isolation amongst a group of men locally. The Foundation awarded the Men in Sheds project a grant of £2,000 from the Coventry, Solihull & Warwickshire Fund to help them purchase their new lodge.

Walking through the corridors of Nuneaton’s George Eliot Hospital you begin to hear the faint noise of drilling and chatter, that’s where we met Corrine and Charles.

Corrine Davies, Community Liaison Officer tells us how important the Men in Sheds project is for the community:

“There’s not much around here for men really, if you’re not into sport there’s even less!

“It’s the social aspect that has the biggest impact. The chatting, the cups of tea that sort of thing!”

Following a recent relocation, the project has been forced to up its fundraising as well as saving to help set up a new lodge in the hospital’s grounds.

“This will be a base that can be used by other groups, the chaps are renovating it now and they’re going to build a big table top, so they can cover their equipment. It won’t just benefit them but others in the local community!”

Charles has been part of the group since its inception and hasn’t looked back:

“This is something to look forward to, so you keep on smiling, we’re happy souls!

“What’s the appeal? Well, as you get older you have less and less to do. This gets you off your behind, gets your brain going and the cogs start spinning again!

“It’s nice to do things with other people, this is where the social aspect comes in, to me that’s far more important. You’re working, you’re keeping your mind clear.”

However, despite the obvious benefits that the project offers it can be quite difficult to attract new members.

“I was fortunate that I worked until I was 70 and had a wife that didn’t want me in the house! It’s horrible to just sit on your own, people just waste.

“It’s difficult to find people in the same situation.”

This message is relayed by Corrine:

“We advertise where we can, but it is hard to reach people. It’s often people’s family that give them the nudge and get them out there!”

In 2020 they were awarded a further £374 from Coventry Building Society’s Small Grants to support their work in Warwickshire during the COVID-19 pandemic.