The Foundation has helped bring the Journey of Justice civil rights exhibition to Birmingham!

The exhibition, open to the public from 7th February to 27th April at the Library of Birmingham, highlights important moments of UK and global history in a bid to galvanise people into taking action to achieve social justice.

Thanks to a grant of £1,000 from the Harry Payne Fund the exhibition has been installed and looks set to deepen public awareness, educate people through creative arts and motivate change.

“This all started when I went to Little Rock, Arkansas, in 2012 for the 2nd Obama election.

“There’s a museum there that tells a story about 9 black kids trying to get into a secondary school, I heard one of the mums saying why she’d sent her child there. She risked her own life and I was so moved by her courage. She risked her job, her life and her home – I just thought I’d like to tell stories like that here!

“When we launched in 2013 we identified the UK as a place of increasing income inequality with many citizens feeling powerless and disconnected while the concept of human rights was under attack. We felt there was a lack of public memory about past struggles in our communities for social, justice and human rights.

“We work with groups of people who don’t see themselves as powerful or ‘having a voice’. Our main target audience is young people who are vulnerable – excluded, bullied, in care, or in danger of being, or are, NEET (not in education, employment or training).” 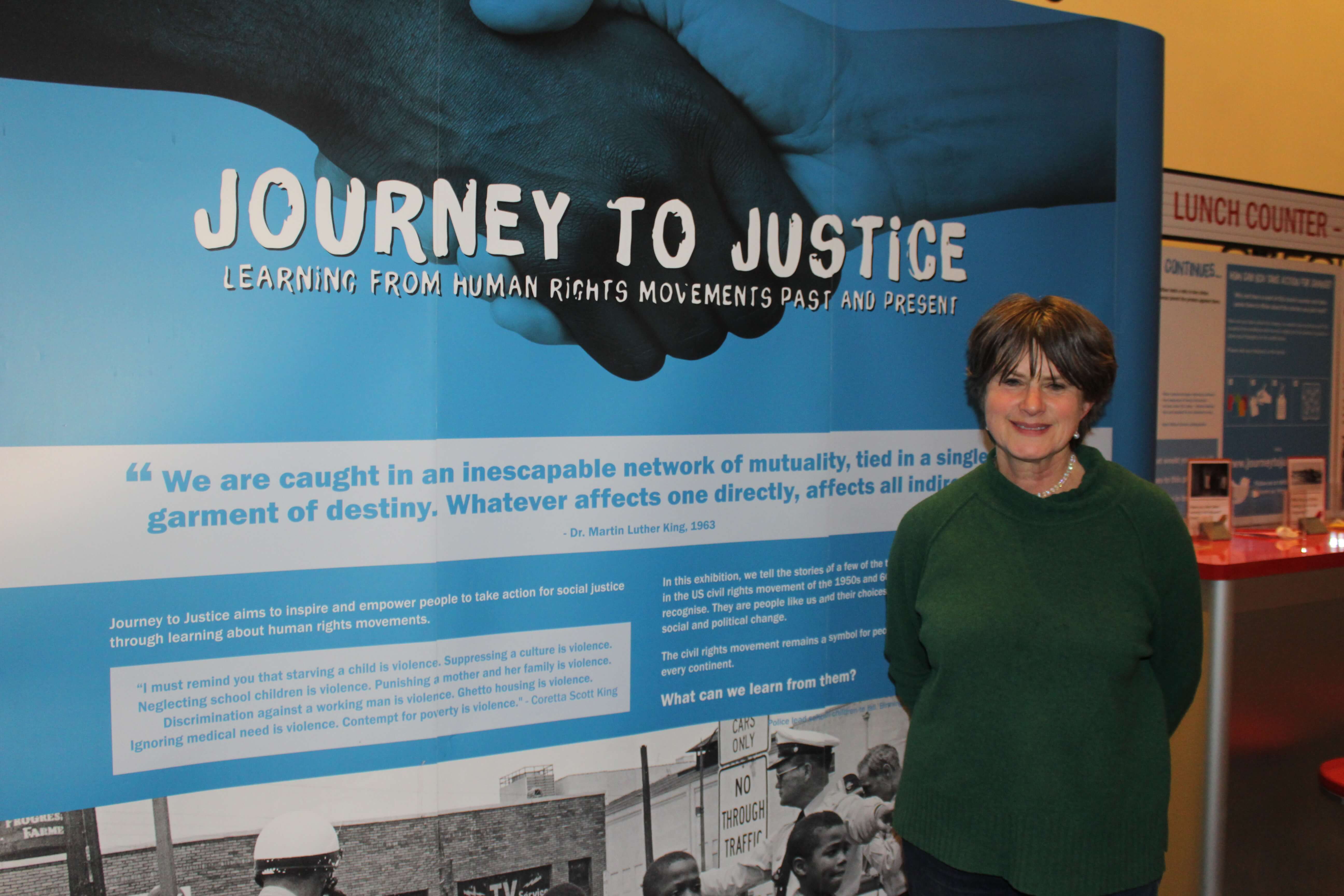 “Journey to Justice will be a great opportunity for the people of Birmingham and the West Midlands to learn about injustices of the past and how others have risked everything to create a better world.

“Not only are there some amazing global examples the exhibition also showcases stories from the UK and Birmingham. We’re confident this project will speak out to the community and challenge, inspire and motivate others to create positive change.”

To find out more about Journey to Justice please click here.