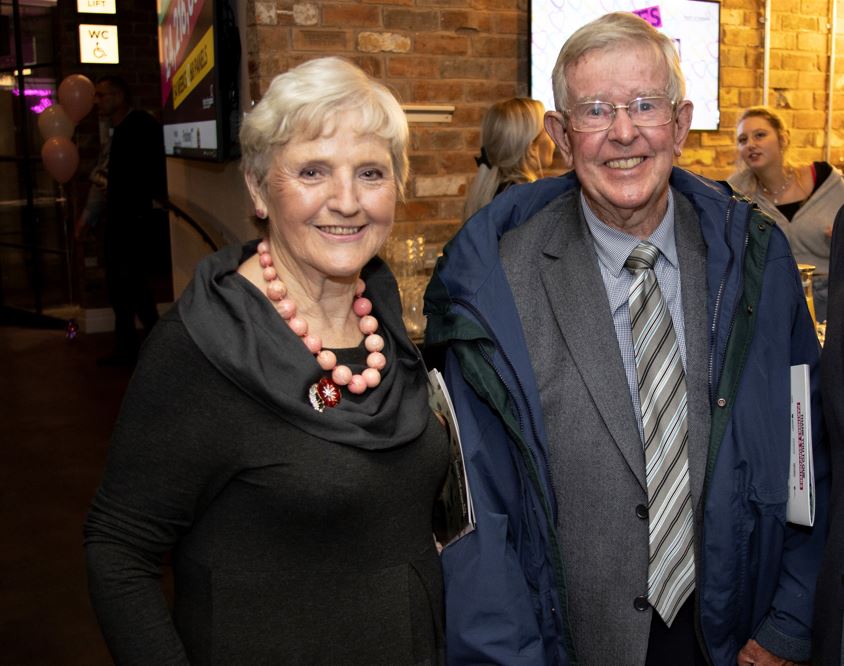 At the Foundation’s AGM, Sally Carrick, the charity’s longest standing Trustee was recognised for her 15 years of support by being appointed the Foundation’s Patron. Sally has been a firm supporter and champion of the charity since 2006 and the Foundation wanted to recognise and celebrate her commitment through offering her the role of our Patron.

Sally’s new role will ensure that beyond her retirement from the Trustee board, she can continue to support the Foundation and its team – helping to connect them with new businesses, whilst also sharing her expertise on Warwickshire and beyond.

Sally Carrick, comments on her new role as Patron:

“I had been a Trustee of the Foundation for 15 years – I believed that the one thing that would bring happiness to the many applicants for financial help and support could be provided by the compassion and understanding and efficiency of the Heart of England Team and their leader – Tina Costello.

“In 2021 – I was ready to retire from the Trustee Board and I was honoured to be invited to become a Patron of the Foundation thereby enabling me to continue to support the Foundation forever!”

Sally joins Stellantis, a multinational automotive manufacturing corporation, which has contributed to the Foundation since its inception in 1995. Stellantis has supported the charity in its operations for 27 years and became an official Patron in 2014. Helping the Foundation save over £50,000 a year in operating costs, Stellantis offer the charity and its team office space in their Coventry-based offices.

Beyond the office space, back in 1996 Peugeot Motor Company, set up an endowment creating a long-term investment pot that has grown to £450,000 with the interest distributed each year to support grassroots organisations across Coventry and Warwickshire.

The ongoing support offered to the Foundation by Stellantis has been integral in supporting the charity’s growth and by reducing the annual operational costs.

“The work that the Heart of England Community Foundation do, in support of local charities and the community, is very inspiring and humbling. With the grants ranging vastly in both financial size and types of service, including food poverty, human trafficking victims and children’s services, all within the local area, the Heart of England team support invaluable lifelines to people trying to help others.  At Stellantis, here in the UK, we feel privileged to be able to support with an endowment and office space for the team to work from. They really do amazing work.”

“I’m thrilled to have Sally continue her support for the Foundation through her new role as Patron. She has been instrumental to the Foundation’s growth throughout the past few years, and I know that I speak on behalf of all the Trustees when I say that we’re so thankful for the time and support she has given to the Foundation.

“We are also, very thankful to the wonderful team at Stellantis, our first Patrons here at the Foundation. They’ve continued to support us since we first began and have undoubtedly helped the charity develop and grow in the last 27 years. Without the work that they have done for us, we wouldn’t have been able to do what we do today.”