Emotionally it helps you offload. 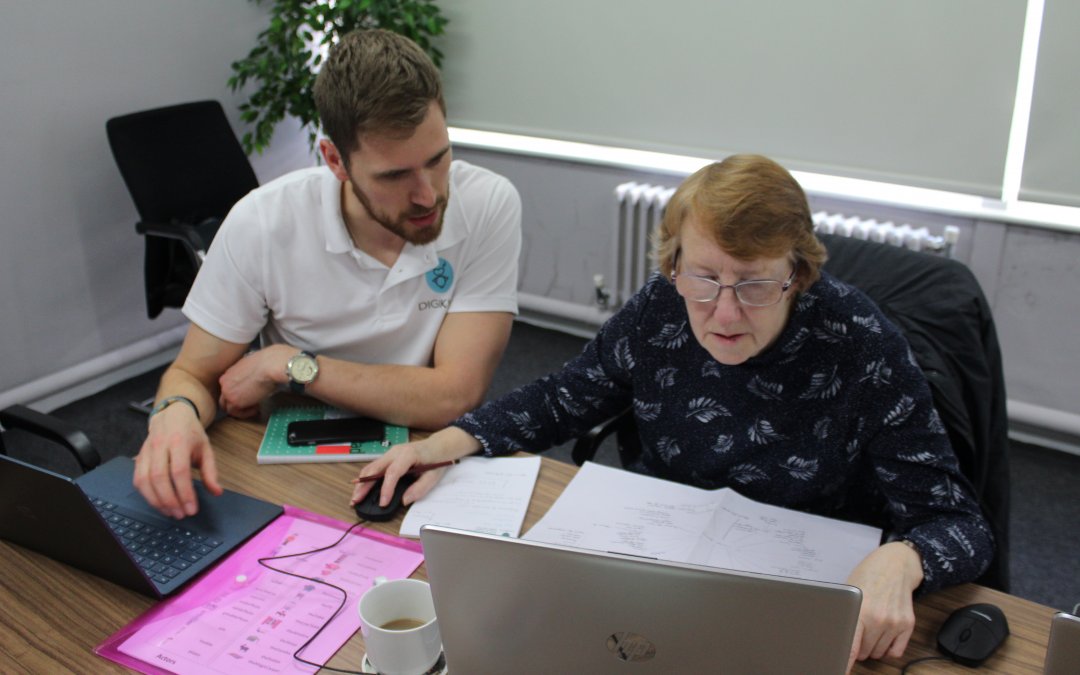 DigiKick is a community led charity which provides digital skills, raises confidence and improves independence. Their Digital Storytelling project uses an accessible coding engine which offers those who are terminally ill, or have difficult tales to tell, a creative way to share and unload.

When you hear ‘coding’ you think high tech computers and programmes, you think website building and jargon, but you don’t think about personal stories and emotional support.

Through a series of sessions hosted by DigiKick’s ever friendly Directors, Chris Laband and Sair Reading, participants are able to work at their own pace, understanding the process and equipment, while telling their experiences the way they want to.

One attendee was Gillian:

“Someone said to me about coding, and I thought what the hell’s coding? But now I’ve done half a week, I want to do my cancer journey!

“It’s a good way to record what happened, I’m in remission now. My cancer isn’t cured and it’s going to come back again, it’ll be useful to look back and think that’s what it was like, it was rubbish, but I got to the other end.

“It’s reassurance that ‘yeah it was grim, but you got through it’ and potentially it might be something to share with other people and use it as a tool to talk about different stages.

“Cancer is a rollercoaster both physically and emotionally. Sometimes you forget exactly how awful it was and exactly how far you’ve come from that point to this!”

Everyone we spoke to had different visions for their story: to help others in the future, to thank those who have supported them through difficult times or even to leave memories for their families.

“The engine is so much fun, it’s just something you can download off the internet, but you can add in your own pictures and scenery. It’s a little bit like putting a play together.

“It really lends itself to personal stories, at the end of the project people will get their story as a CD or a USB stick.

“Some people have been coming to get that emotional support, everybody is getting different benefits from it!”

DigiKick were awarded a grant of £900 from the Peddimore Community Fund and £900 from the Coventry Building Society Fund to run this pilot project.